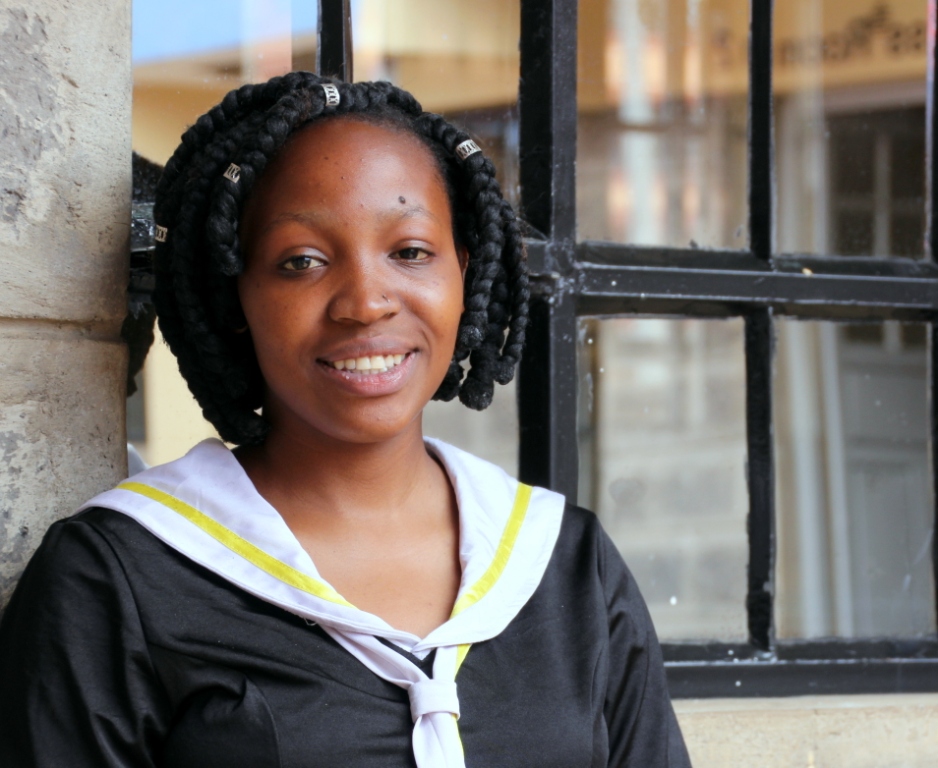 Riziki Kagika Mudoga is one of the many beneficiaries of Ayiera Initiative. Riziki was raised in Mugure slums in Nairobi by a single mother after his father passed away while she was a young girl.

The life in the slum was “unbearable”

After her father died, life became unbearable for little Riziki, her mother being the sole

breadwinner could not afford the basic necessities like education, food and nice clothes, she had to do casual jobs to feed her family. Riziki could no longer go to school like other children because the school fees was just too much additional expense besides rent and food, instead she accompanied her mother in trying to put at least a meal a day on the table. In addition to the many problems her family was facing, life in the slum was so unbearable for young Riziki. The emotional and psychological trauma made her fall into depression at a young age and was almost giving up in life. Luckily one of her friends told her about Ayiera Initiative where she signed up as a participant.

“Poems helped me to express my emotions”

Riziki enjoys dancing and playing football besides writing poems. She also loves cooking. Riziki joined Ayiera Initiative when she was just 10 years old and was still in primary school. She spoke to Thomas Schwarz from Germany about her life and aspirations.

“I used to write poems when I joined Ayiera Initiative, the poems helped me to express my emotions and share my sorrows especially when I thought about my father who passed away” she says. “At Ayiera Initiative I made many friends and met many different people who provided encouragement, made me happy and feel accepted”.

She wants to be a mentor for kids

About her future aspirations, she wishes to be a “big chef” and also a mentor to the children and youths of Korogocho, “I like cooking a lot, and am good at it…” she says “I want to shape my future that is why I would like to see myself as a very ‘big person’ in Kenya, supporting initiatives and even creating my own initiative to help children especially orphans and vulnerable children”.

Riziki is currently undertaking a course in Hospitality Management courtesy of Vocational training program that was initiated by Ayiera Initiative.