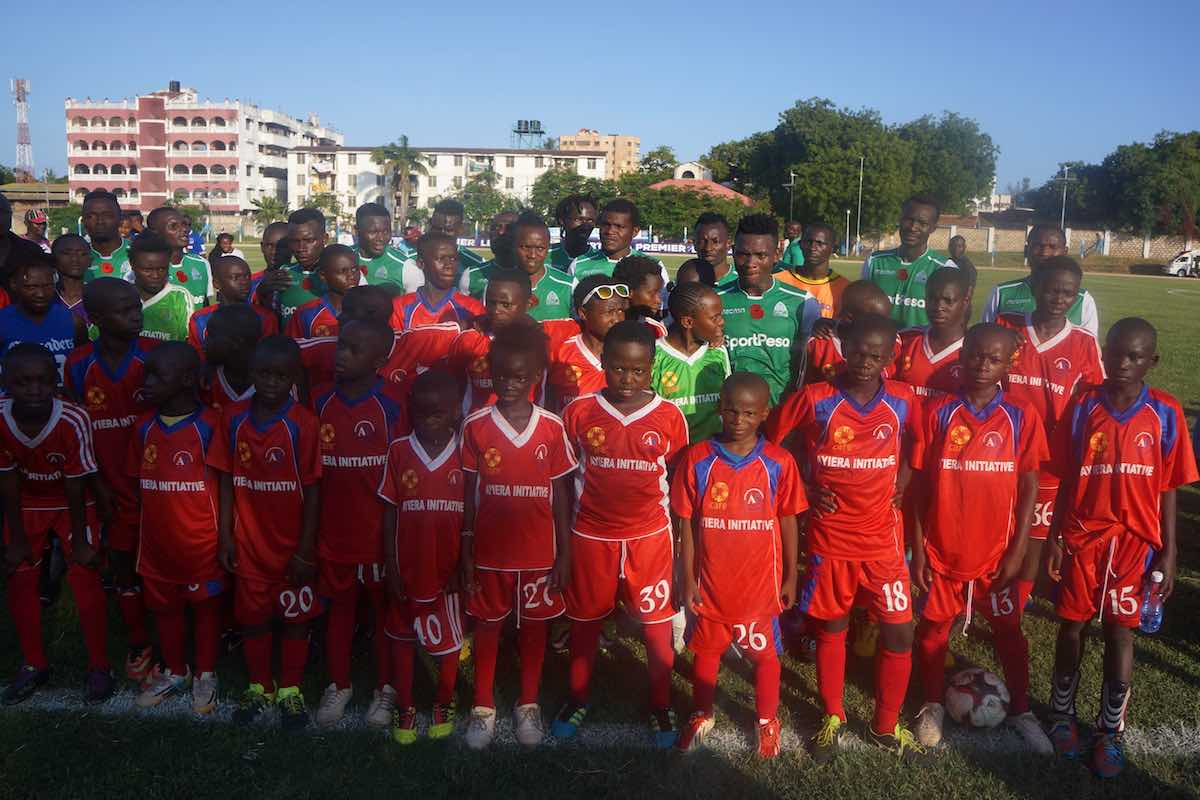 Ayiera Initiative children had the opportunity to meet Gor Mahia players during their first Kenyan Premier League match between Bandari F.C. On 8thDecember 2018 during the Mombasa Exchange program, Ayiera Initiative children who had the opportunity to travel to Mombasa had a rare occasion where they interacted with players from Gor Mahia F.C. before and after a premier league match between Gor Mahia F.C and Bandari F.C who finished in 2nd position after Gor Mahia F.C in last season Kenya Premier League – the top football league in Kenya. Gor Mahia Vs Bandari match was played in Mombasa, Mbaraki Stadium which is home ground for Bandari F.C., a Mombasa based team. The game was the opening match for a new league season.

During the interaction, Ayiera Initiative children had the chance to personally ask questions and take pictures with their favorite players from Gor Mahia F.C. The children also had the opportunity to watch live a Kenyan Premier League match involving the two top teams in Kenyan football – Bandari F.C against Gor Mahia F.C. making them to experience for the first time in their life stadium atmosphere during a premier league match.

Ayiera Initiative organization believes that by making the children born in Korogocho slum interact with Gor Mahia F.C players, it brought closer the dream of those children who aspire to be professional footballers in future and wish to play for popular clubs like Gor Mahia F.C. This is one of our main objectives; to empower destitute children by not only engaging them in empowering and transformative programs but also provide them with platforms and opportunities that would contribute to their future success.