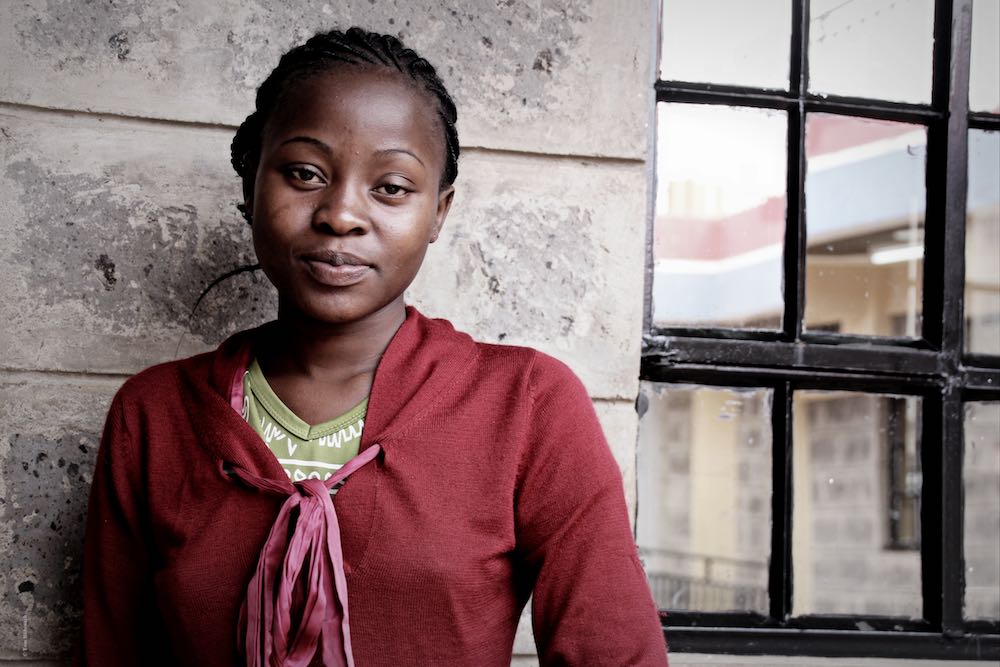 One of the young folks Thomas Schwarz from Germany met when he spent time in Korogocho was Irene. She stunned him with the description of a slum as being “beautiful”. Read what she told him besides that.

I met Irene Akinyi when spending more than week at the AYiERA iNiTiATiVE Centre. Surrounded by houses and hats, children and young people. And the smell of the huge dumping site called Dandora. This site sends its stench throughout the whole village of Ngomongo where the AYiERA iNiTiATiVE is based.

With only four out of the hundreds of beneficiaries I could speak. But Irene was – and still is – is a very special young lady. She came in touch with Hamilton Ayiera and his initiative when she was in primary school. A friend was telling her about this innovative and hands on organisation. She told Irene that this organisation was looking for talented children and that they would help them to perfect their talents.

Irene has two brothers who are older than herself as well as two sisters. She was the last born in the family. Her father passed away when she was still young so that her mother became a single mom with four children. When Irene was very young she had a passion for football and she could play in the Slum footie league orgnized by AYiERA iNiTiATiVE each Sunday next to the Centre. 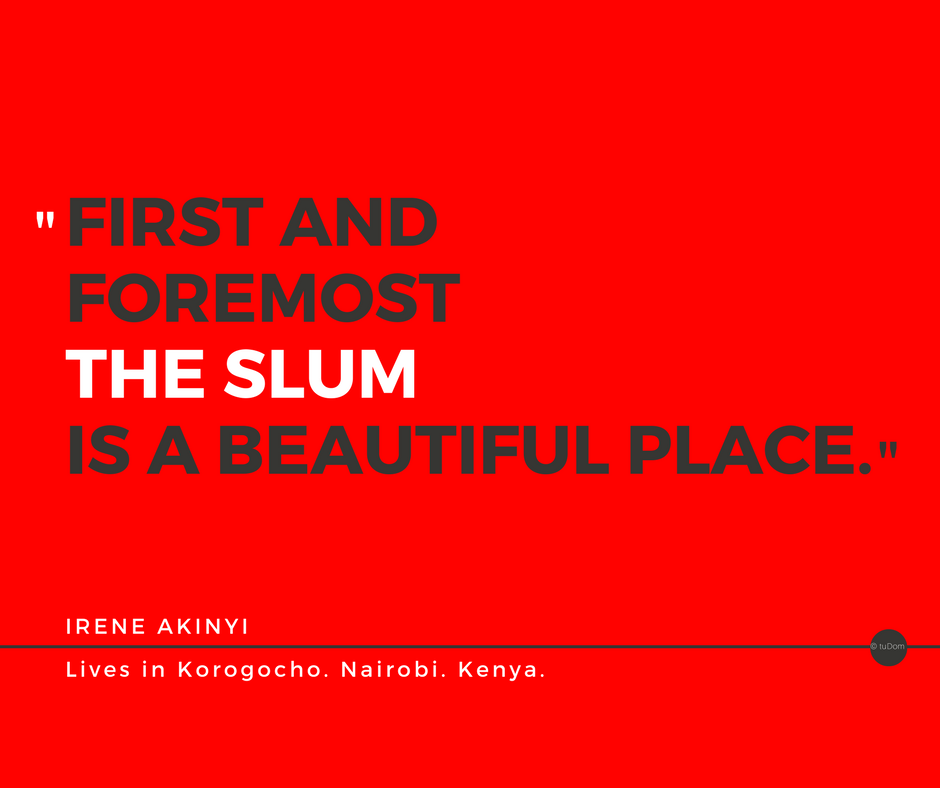 When she was 16 years old she finished Primary school. For the Secondary school AYiERA iNiTiATiVE supported her so that she could enter the next level of her education. Hamilton’s initiative payed the school fees. Without this support Irene would not have been able to go further. Eventually she reached the so called „O-Level“. Meanwhile she has completed vocational training courtesy of AYiERA iNiTiATiVE and is now employed as a hair- and beauty specialist.

When Irene is thinking about her future she’s painting a colourful picture. She would like to be independent, maybe even leave the slum and live in a different neighbourhood. Despite that wish she stunned me with one special answer. I asked her to describe the slum for all those who don’t have a clue what it is like and how it is to live there.

“First and foremost,” she answered without any hesitancy, “slum is a beautiful place.“ “Of course, there is crime and the health conditions are not good”, she said. Here and there it also could be dangerous and risky. As a woman you should be even more careful. She mentioned early marriage or unwanted pregnancy.

But if you took those bad aspects away, she concluded, it is a beautiful place.